Lancaster former RBS to go under the hammer

The former RBS branch on New Street in Lancaster is due to go up for sale by auction next month. The building will feature among around 60 properties in Pugh’s next property sale, which will be held online on 9 September.

The 4,000 sq ft, three‐storey bank was closed in April 2018 as part of RBS’s nationwide closure of branches and shift to digital banking. It is being auctioned with a guide price of £300,000.

Pugh managing director Paul Thompson, said: “The former RBS branch is a handsome building that would be really well suited to a variety of potential new uses, subject to obtaining the relevant planning consent.

“It’s also in a great location, on pedestrianised New Street in the city centre, and it would be fantastic to see it gain a new lease of life in the hands of an imaginative investor and become an asset to Lancaster once again.”

Pugh has continued to hold property auctions since the government introduced social distancing regulations in March, switching its operations to its existing online auction platform. We have sold more than 120 lots and reported sales of over £11m since lockdown.

For further information on the former bank and to view the entire auction catalogue click here. Please note, bidding for the online auction opens at 10.30am on 9 September and bidders must have registered by no later than 12pm on 8 September in order to bid. 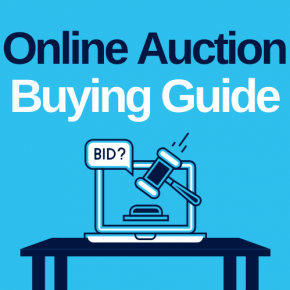