An iconic nightclub on Blackpool Promenade and a historic mansion house in Halton, near Lancaster, will feature among 100 lots at Pugh’s next North West property auction at the AJ Bell Stadium in Manchester on 18th October.

Club Domain, in Blackpool, which covers 22,000 sq ft of floorspace, and includes several bars, nightclub areas and a function suite, as well as six partially developed apartments, has been put up for auction with a guide price of £450,000.

A Blackpool institution, the nightclub opened in 1992 as The Bizness, it then became Main Street, the Waterfront, then Sanuk and is now Club Domain.

In Halton, near Lancaster, ‘Shefferlands’, which was built by Edward Mason, a wealthy local silk manufacturer, in 1857, is  also up for auction. The Victorian mansion house was purchased by Lancashire Council in 2009 to make way for the new link road, although, due to alterations to the final plans for the road, only a portion of the garden was required. The property was subsequently rented out by the council.

Now the impressive Victorian house, which has six bedrooms, stables, orchards and extensive gardens, is being put up for auction. The guide price has been set at £675,000 plus.

Paul Thompson, managing director of Pugh auction house, said: “As a specialist in selling interesting and historic properties at auction, it is always a privilege to witness buildings that once held great community significance, as they move into a new chapter of their existence.

“We have already seen a great deal of interest in both properties from potential buyers and, in the hands of the right developers, each could be regenerated and continue as important regional assets.” 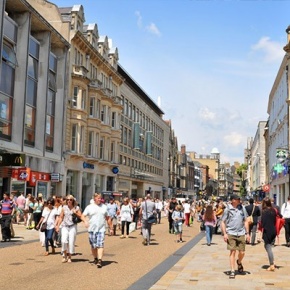