Public toilets in countryside close to Haworth, and the former NatWest Bank building at Bawtry near Doncaster, were sold at Pugh’s Yorkshire September property auction at Elland Road Stadium in Leeds. Both properties were bought for substantially more than the guide price set, after high levels of interest from potential buyers.

The former toilet block at Penistone Hill Country Park near Haworth, which has views over the surrounding moorland, was sold at the auction on behalf of Bradford Council for £55,500, more than five times its guide price of £10,000. The council took the decision to dispose of the property after the public toilets were closed in 2015.

In the market town of Bawtry near Doncaster, the NatWest Bank building, which was closed in May, was sold for £525,000, more than twice its £270,000 guide price.

Paul Thompson, managing director of Pugh auction house, said: “As usual, the Yorkshire auction was extremely busy, which was reflected in the high level of interest in these two properties.

“The bank in Bawtry was in a central location within a sought after village, so presents an exciting opportunity to be redeveloped.  The toilets were also well positioned in a picturesque rural location. It will be interesting to see what redevelopment plans their new owners have for them.”

Established 26 years ago, Pugh is the largest auctioneer outside of London and was acquired by property consultant Eddisons in 2016. The next property auctions will take place at Leeds United’s Elland Road football ground in Leeds on 16 October and at the AJ Bell Stadium in Manchester on 18 October. 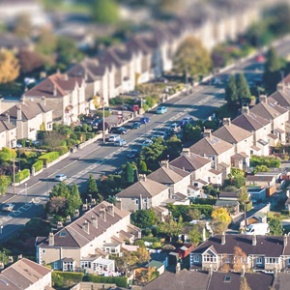